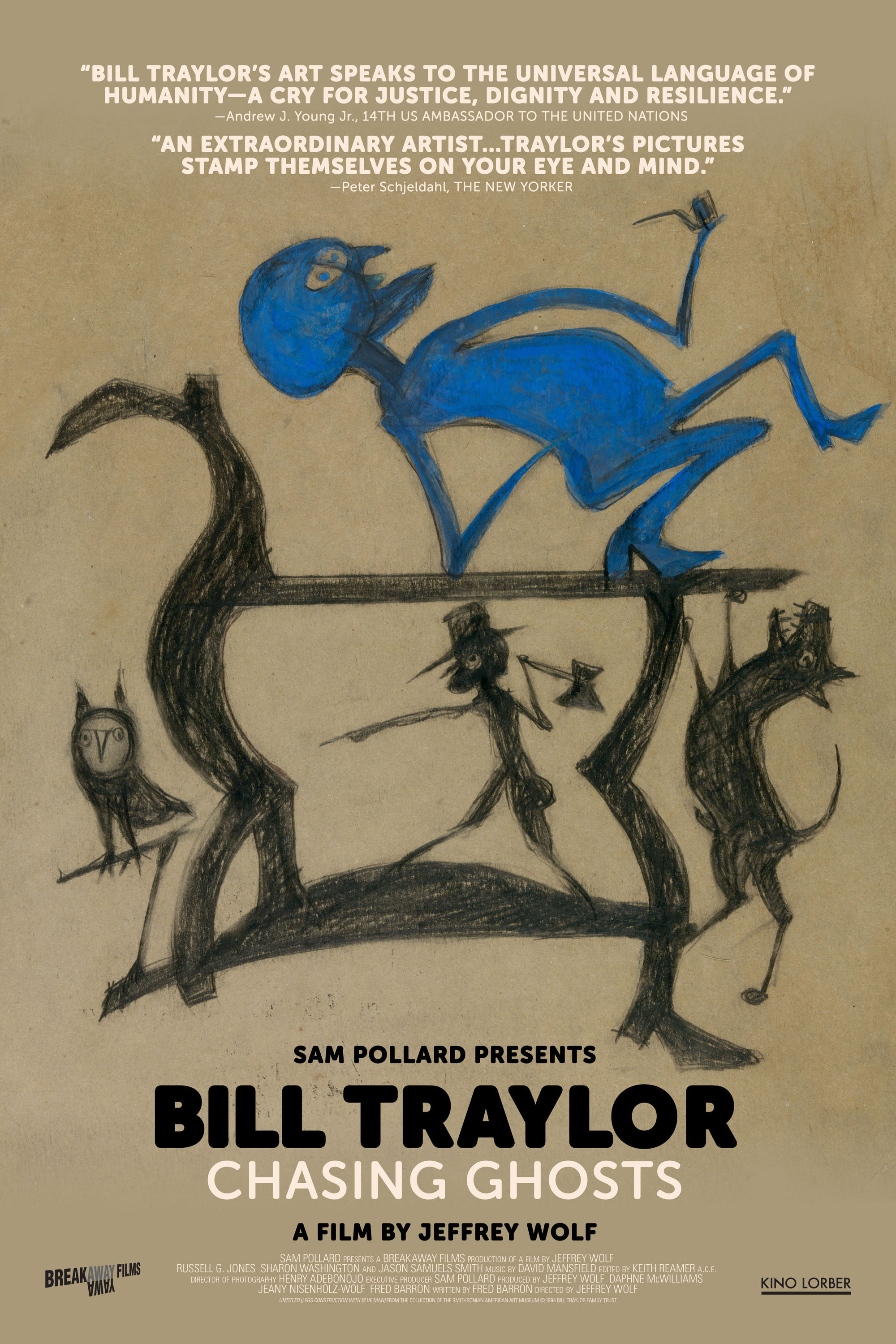 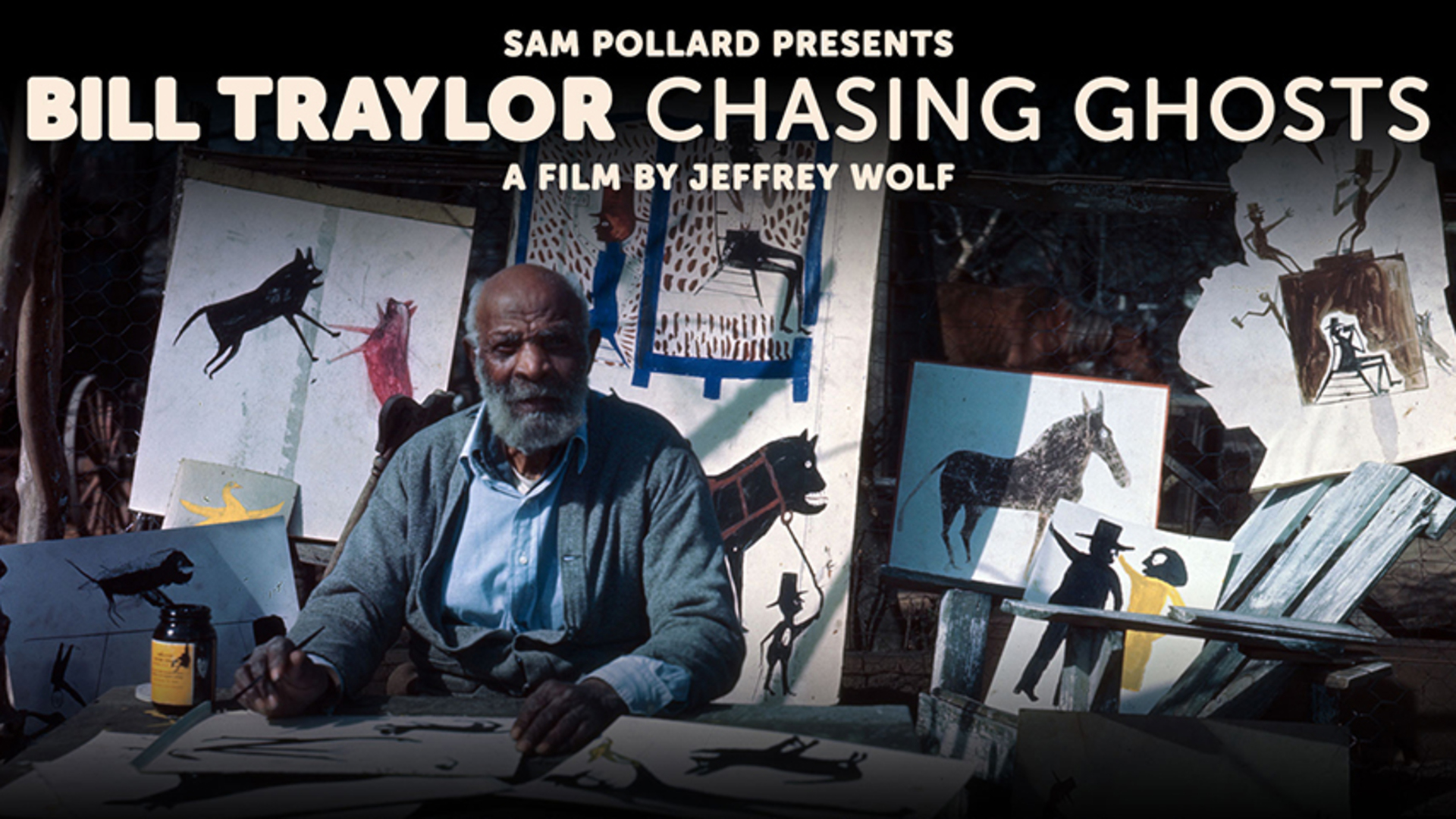 Bill Traylor: Chasing Ghosts is a feature documentary film exploring the life of a unique American artist, a man with a remarkable and unlikely biography. Bill Traylor was born into slavery in 1853 on a cotton plantation in rural Alabama. Using historical and cultural context, the film is designed to bring the spirit and mystery of Traylor’s incomparable art to life. After the Civil War, Traylor continued to farm the land until the late 1920s. Aging and alone, he moved to Montgomery and worked odd jobs in the thriving segregated black neighborhood. A decade later, in his late 80s, Traylor became homeless and started to draw and paint, both memories from plantation days and scenes of a radically changing urban culture. Traylor devised his own visual language to record the stories of his life, translating an oral culture into something original, powerful, and culturally rooted. He made well over a thousand drawings and paintings between 1939-1942. Traylor witnessed profound social and political change during his life spanning slavery, Reconstruction, Jim Crow laws, and the Great Migration. The transcendent surprise is while Traylor kept to himself leading an unassuming life, he was nurturing a remarkable creative gift that would not be expressed for decades. Tap dance, evocative period music and spoken word are used in dramatic and surprising ways in the film, balanced with archival photographs and footage, insightful perspectives from Traylor family members, and Traylor’s striking drawings and paintings, to reveal one of America’s most prominent artists to a wide audience. Directed by Jeffrey Wolf. (USA, 2020, 75m) 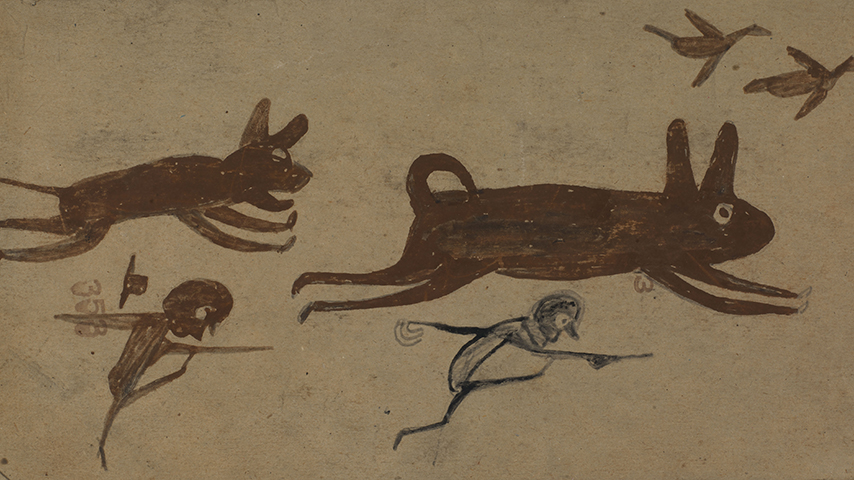