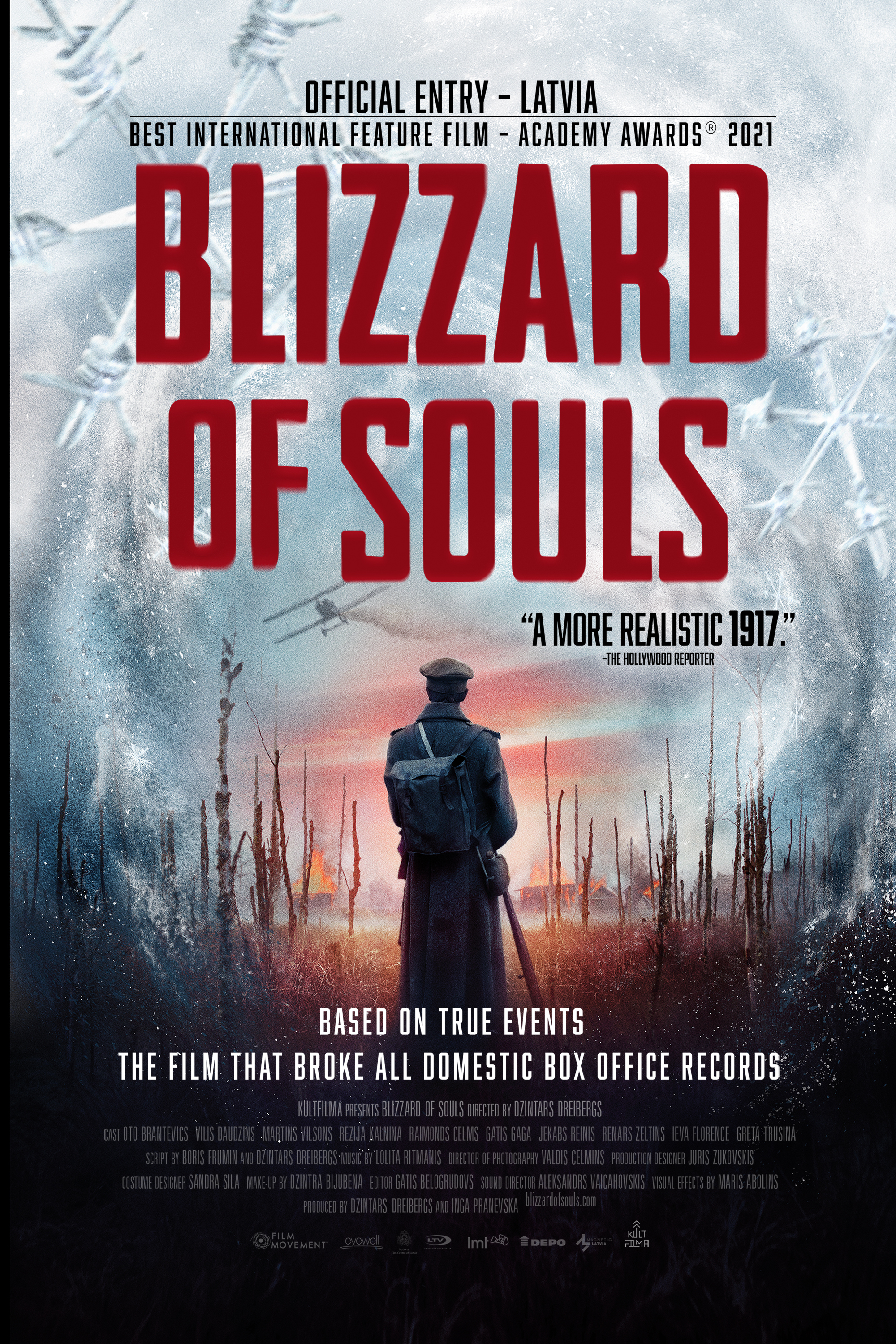 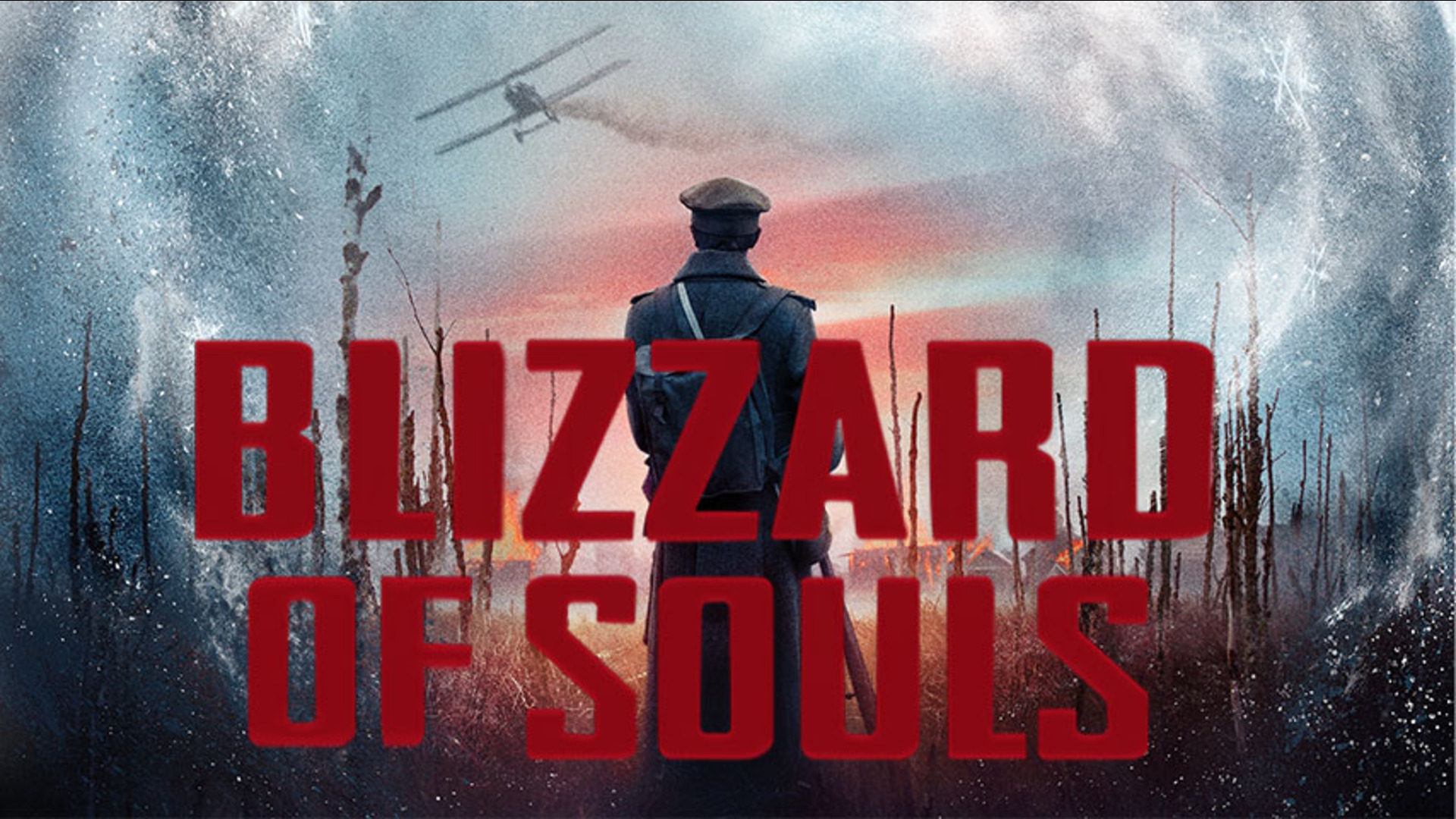 Based on true events and the novel by Aleksandrs Grins, which was forbidden in the USSR, the film follows a coming-of-age story of a sixteen-year-old Arthur. After the loss of his mother, he enlists to fight in WWI with dreams of becoming a hero, but after surviving the brutalities of trench warfare and the loss of his family, he wonders if his efforts in battle were futile and if hope is only to be found in rebuilding a family and a home as Latvia itself is born from the atrocities of war. Directed by Dzintars Dreibergs. (Latvia, 2019, 123 min)

"...an honest yet frenzied interpretation of the veracity of warfare, with utterly breathtaking cinematography, reminiscent of the brilliance of Band of Brothers.... As the young, endearing lead, Brantevics is extraordinary...." - Guy Lambert, The Upcoming

"Blizzard of Souls derives its power from its strong, simple depiction of war seen through the eyes of an innocent 17-year-old soldier. ...exceptionally atmospheric cinematography...."- Deborah Young, The Hollywood Reporter
"Blizzard of Souls is the top-grossing film of all time at the Latvian box office and if you had to guess at the kind of film that would inspire such nationwide enthusiasm, you’d guess it was something like this: a lavishly mounted, lion-hearted first world war epic based on a book banned by the Soviets for 60 years." - Ellen Jones, The Guardian