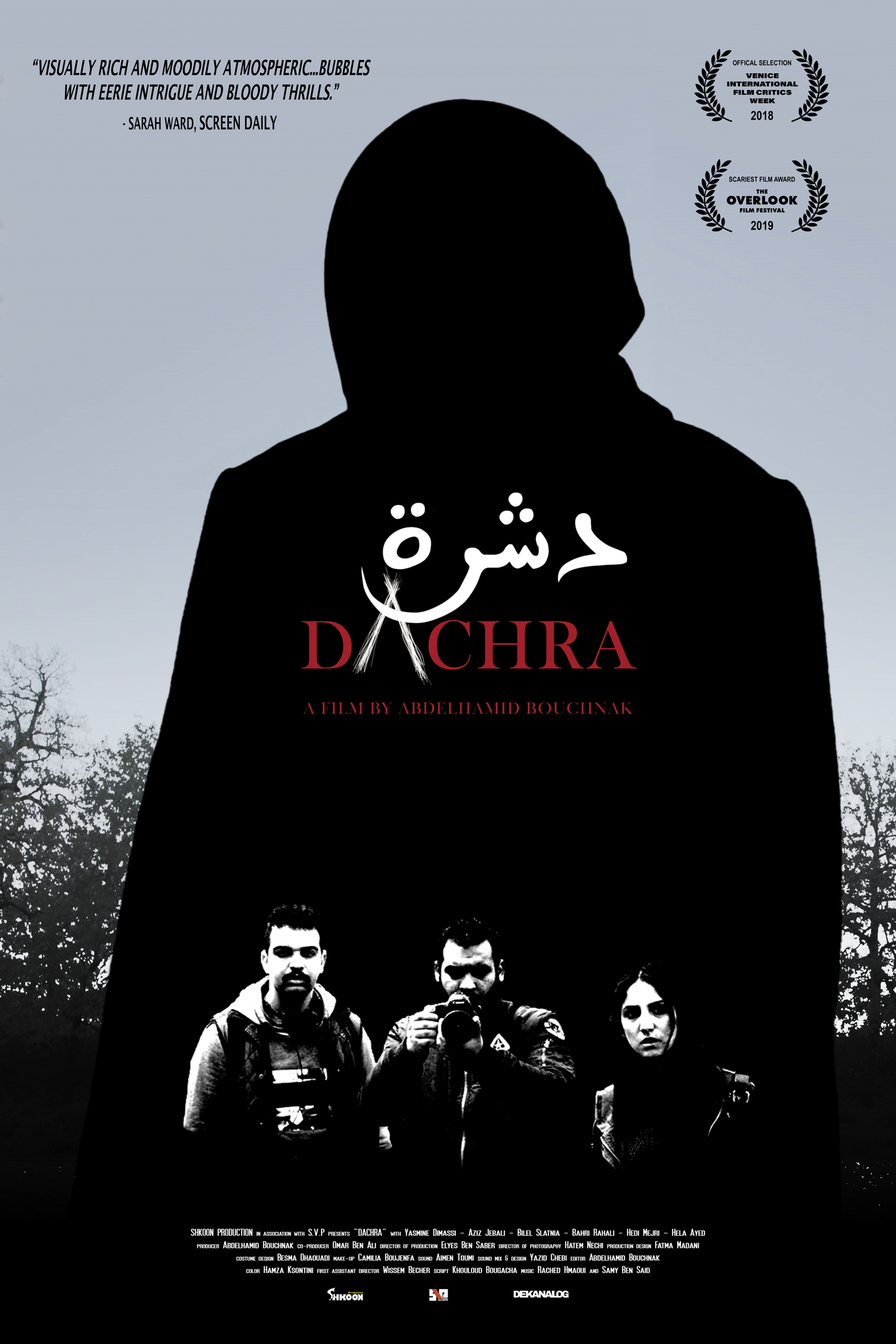 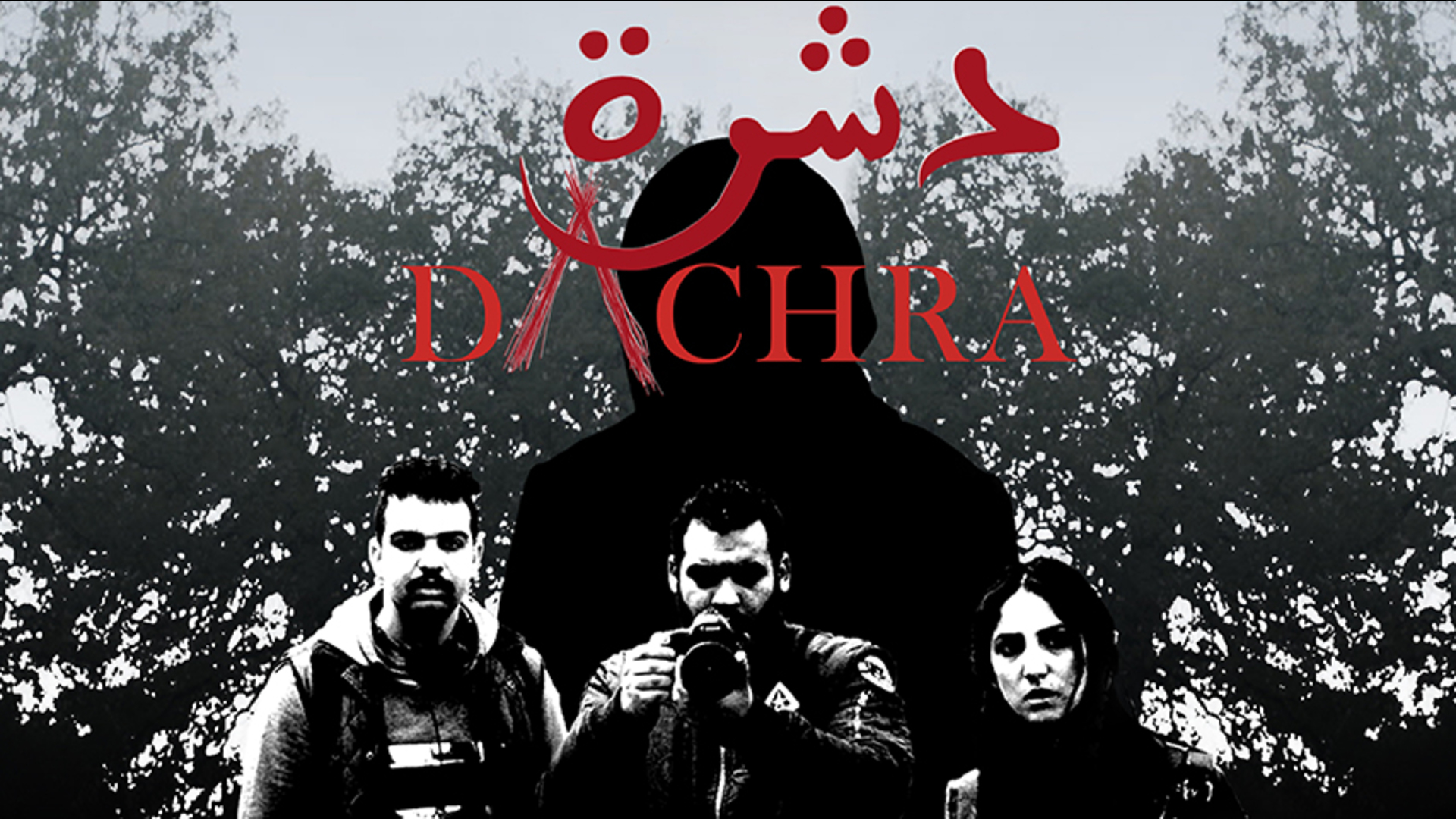 Ever since she was discovered naked and near-dead decades ago, Mongia has been institutionalized, with a tendency to bite her nurses. Grisly, frightening, and stuffed with howling thrills, the new Tunisian horror film DACHRA won over both Frightfest and the Venice Film Festival and is finally making its stateside debut. Equal parts Midsommar and The Blair Witch Project, DACHRA begins with a simple classroom assignment and spins through double plot twists into high-tension cannibal sorcery. Sent off with a documentary video assignment, three journalism students decide to interview Mongia, seeking new clues about the cold case. Intrigued and perturbed by the deranged woman’s story, the trio take their camera to the scene of the crime deep in the woods, led by the headstrong young investigator Yassmine (scream queen par excellence Yassmine Dimassi). Soon they are welcomed to a secluded, hushed village where goats have free rein and raw meat hangs drying in the wind. Captured with a minimalist color palette in Hatem Nechi’s eerie and atmospheric compositions and uncanny long takes, this foggy, isolated hamlet is the creepiest location in recent horror cinema. Daring depths of barbarity— and some seriously scary children—are around every corner. With superlative craft, first-time director Abdelhamid Bouchnak weaves together North African folklore and the tried-and-true B-movie magic that made his debut a runaway hit in his home country. DACHRA maintains a high level of suspense and sophistication with its carefully calibrated narrative, strong performances, and its genre-expanding ethereal dread. Directed by Abdelhamid Bouchnak. (Tunisia, 2018, 114m) 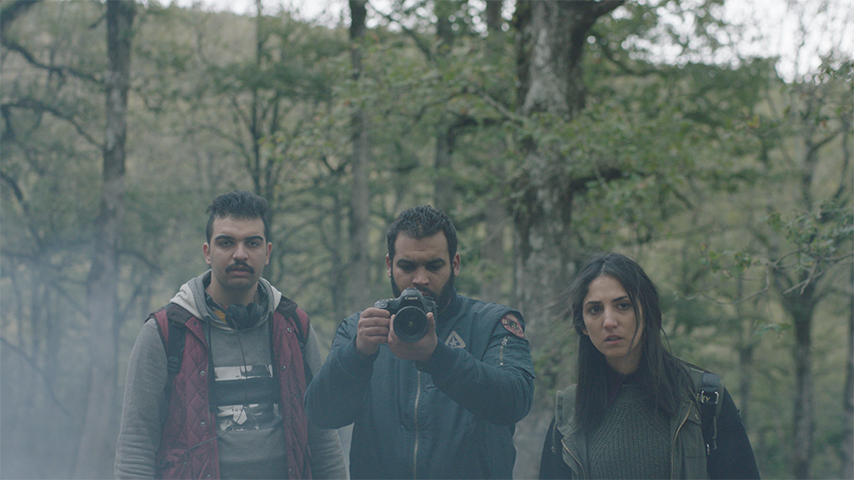