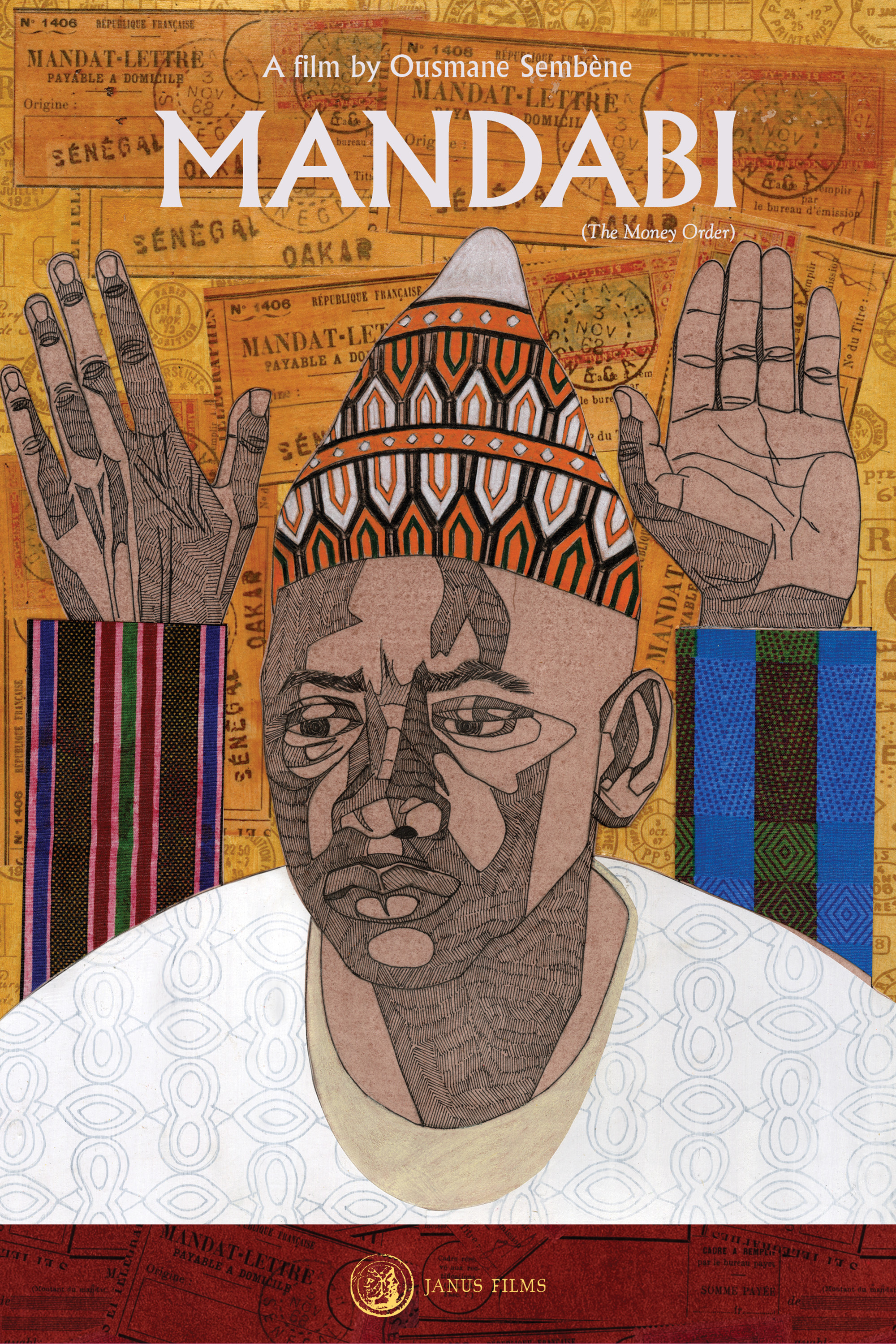 NEW 4K RESTORATION! This second feature by Ousmane Sembène was the first movie ever made in the Wolof language—a major step toward the realization of the trailblazing Senegalese filmmaker’s dream of creating a cinema by, about, and for Africans. After jobless Ibrahima Dieng receives a money order for 25,000 francs from a nephew who works in Paris, news of his windfall quickly spreads among his neighbors, who flock to him for loans even as he finds his attempts to cash the order stymied in a maze of bureaucracy, and new troubles rain down on his head. One of Sembène’s most coruscatingly funny and indignant films, Mandabi—an adaptation of a novella by the director himself—is a bitterly ironic depiction of a society scarred by colonialism and plagued by corruption, greed, and poverty. (Senegal, 1968, 91m)

“A mordant fable of good fortune gone bad… rich in detail, a feast for the eyes and ears. The colors are vibrant and saturated; the title song was a local hit until, apparently recognizing its subversive power, the Senegalese government banned it from the radio.” – J. Hoberman, The New York Times

“A razory satire that recounts, in almost Sturges-like mania, the farce that ensues when an impoverished man seeks to cash a modest money-order and rapidly becomes stymied by a Rube Goldberg succession of bureaucratic red-tape and duplicitous hangers-on.” – Scott Foundas, IndieWire